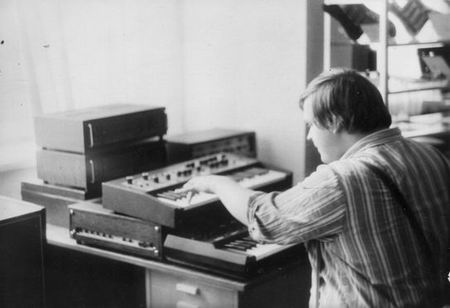 This instrument was made in a single copy at the electromusic instruments factory (Lubertsy) in 1984; Alisa-2500 is the development of Alisa-1377. It was used with success by well-known Soviet musicians in the course of their studio and concert activities. The device was not put in quantity production because it would have been fraught with enormous financial and labour costs. The author and the developer of the project Dmitry Isakov is presented on the photo testing Alisa-1377 and its export variant.

Museum of Soviet Synthesizers | via class of 808